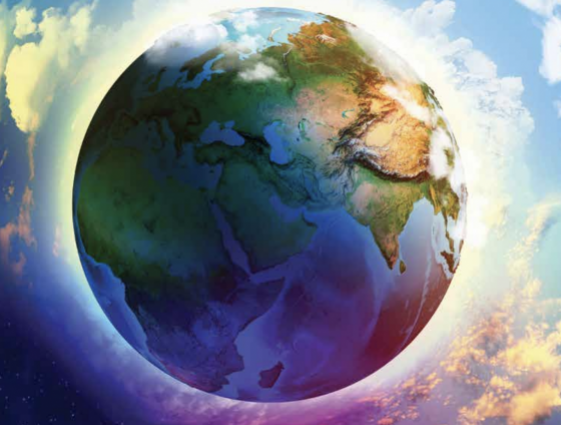 COVID-19 exacerbates socio-economic impacts of climate change, which accelerated in past 5 years

Geneva 22 April 2020 - In the 50 years since the first celebration of Earth Day, the physical signs of climate change and impacts on our planet have gathered pace, reaching a crescendo in the past five years, which were the hottest on record. That trend is expected to continue, according to the World Meteorological Organization (WMO).

Carbon dioxide levels at a key global observing station are about 26 percent higher than in 1970, whilst the average global temperature has increased by 0.86°C since then, and is 1.1°C warmer than the pre-industrial era. 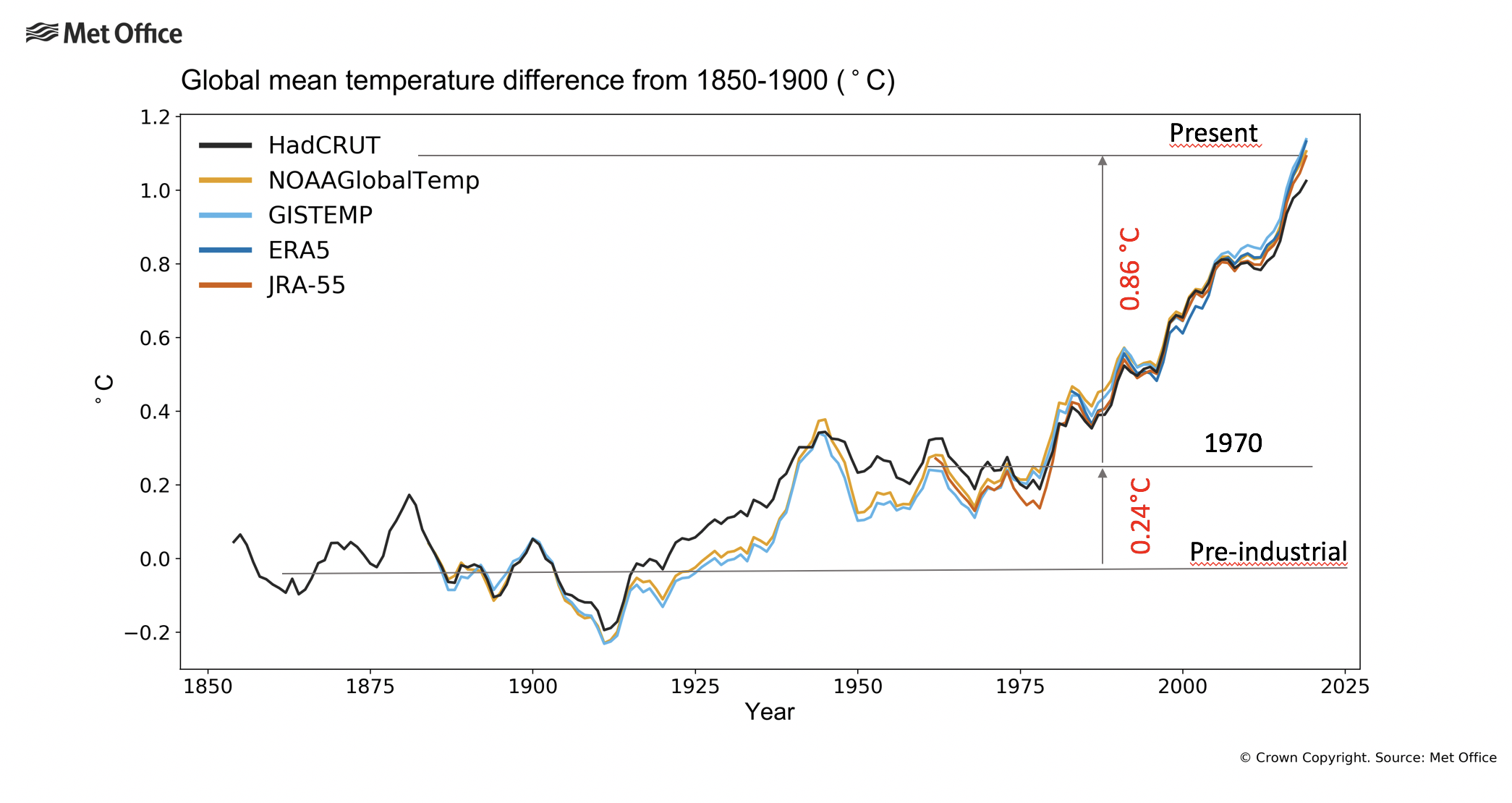 A new global mean temperature record is likely to occur in the next five-year period (2020-2024), according to multi-model climate predictions of near surface temperature from data collected by the WMO Lead Centre for Annual to Decadal Climate Prediction operated by the Met Office Hadley Centre.

Predictions show that further increases in global temperature are likely,  especially over high latitudes and land regions, with slower ocean warming, particularly in the North Atlantic and southern ocean.

Temperature is just one climate indicator. Others include atmospheric carbon dioxide (CO2), ocean heat and acidification, sea level, glacier mass balance and Arctic and Antarctic sea ice. All indicators showed an acceleration of climate change in the past five years, according to the final report on the Global Climate 2015-2019, released to mark the 50th anniversary of Earth Day.

COVID-19 may result in a temporary reduction in greenhouse gas emissions, but it is not a substitute for sustained climate action. And it will make it more difficult to tackle weather, climate and water-related hazards which are becoming more acute because of climate change.

“Whilst COVID-19 has caused a severe international health and economic crisis, failure to tackle climate change may threaten human well-being, ecosystems and economies for centuries,” WMO Secretary-General Petteri Taalas told a virtual press conference. “We need to flatten both the pandemic and climate change curves,” he said.

“We need to show the same determination and unity against climate change as against COVID-19. We need to act together in the interests of the health and welfare of humanity not just for the coming weeks and months, but for many generations ahead," said Mr 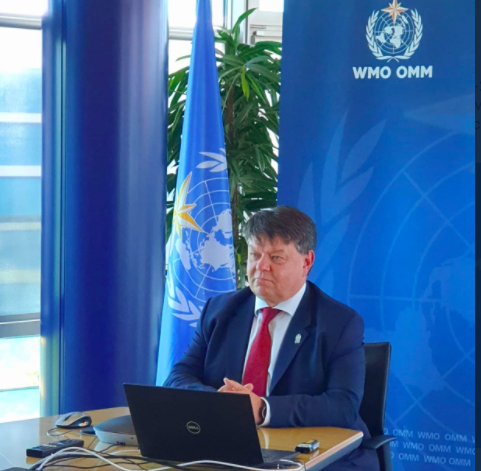 “Extreme weather has increased, and it will not go away because of the coronavirus. On the contrary, the pandemic exacerbates the challenge of evacuating people and keeping them safe from tropical cyclones, as we saw with Category-5 strength Harold in the South Pacific. And there is a risk that over-stretched health systems may not be able to cope with an additional burden of patients due to, for example, heatwaves,” he said.

Despite the constraints of COVID-19, National Meteorological and Hydrological Services continue their essential 24/7 forecast and warning services.

Global Atmosphere Watch stations also continue their monitoring activities, and thus have played a key role in recording a reduction in key pollutants and improvements in air quality as a result of the industrial downturn. However, carbon dioxide (CO2) concentrations at key reporting stations remain at record levels.

It is therefore important that post COVID-19 stimulus packages help the economic grow back greener.  Previous economic crises have often been followed by “recovery” associated with much higher emission growth than before the crisis.

Earth Day highlights major issues of planetary concern. Even as far back as 1970, scientific concern was beginning to mount, reinforced by the increasing carbon dioxide concentrations evident from the early observations at Mauna Loa, that human activities could, in fact, already be starting to impact on the Earth’s climate at global scales.

In one of the activities to mark Earth Day, WMO released its final report on the Global Climate 2015-2019. A preliminary version was issued ahead of the United Nations Secretary-General’s Climate Action Summit in September 2019. It complements the WMO annual statements on the state of the climate.

The five-year report confirmed that 2015-2019 was the warmest five-year period on record. The global average temperature has increased by 1.1°C since the pre-industrial period, and by 0.2°C compared to 2011-2015, it said. Since the 1980s, each decade has been warmer than the previous one.

The average global temperature in 1970 was +0.24 °C above the pre-industrial period.

Carbon dioxide (CO2) levels and other key greenhouse gases in the atmosphere rose to new records, with CO2 growth rates 18% higher in 2015-2019 than the previous five years. CO2  remains in the atmosphere and oceans for centuries. This means that the world is committed to continued climate change regardless of any temporary fall in emissions due to the Coronavirus epidemic.

Preliminary data from a subset of greenhouse gas observational sites for 2019 indicate that CO2 global mean concentration is on track to reach or even exceed 410 ppm by the end of 2019.

Atmospheric concentrations of CO2 at Mauna Loa observatory in Hawaii have tracked at record levels so far this year, with daily rates even breaching the 415.00 parts per million level, according to the US National Oceanic and Atmospheric Administration.

The March 2020 monthly average of atmospheric CO2 at Mauna Loa observatory in Hawaii was 414.50 parts per million, compared to 411.97 ppm in February 2019, according to the US National Oceanic and Atmospheric Administration. Mauna Loa is the world’s longest continual observing station and a benchmark station of the Global Atmosphere Watch Network. Annual mean CO2 concentrations in Mauna Loa in 2019 were 411.44 ppm, compared to 325.68 ppm at the first Earth Day in 1970.

At another benchmark station, Cape Grim in Tasmania, average CO2 levels were 408.3 ppm in February, up from 405.66 ppm in February 2019, according to CSIRO.  At the Izaña observatory in Tenerife, concentrations of CO2 are also higher this year than at the same time in 2019, and the same tendency is seen at the stations of the Integrated Carbon Observation System). 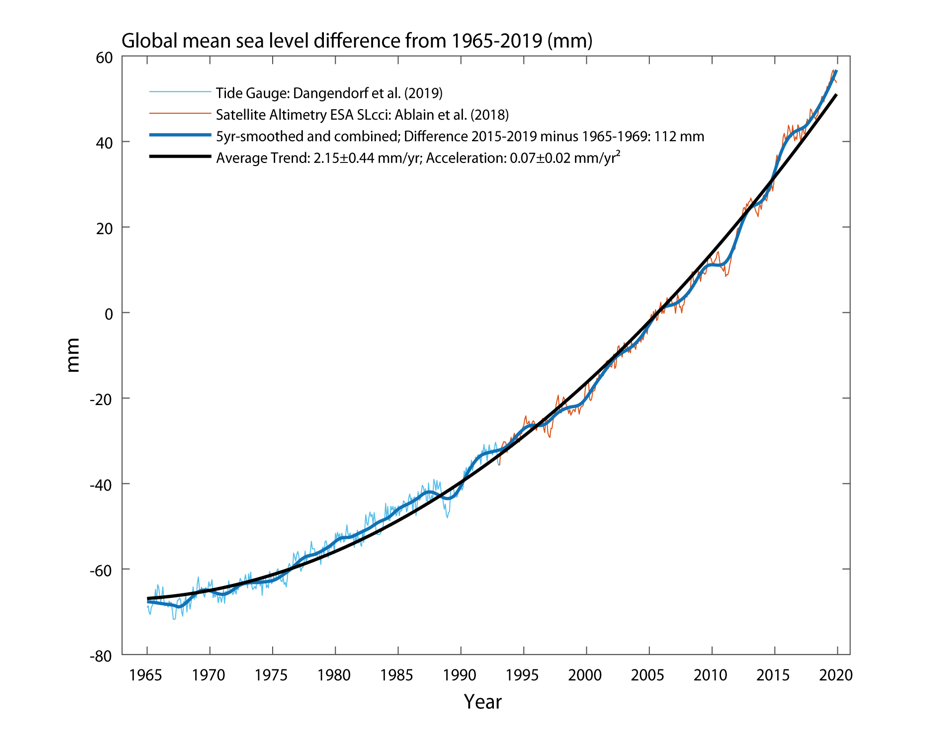 Continuing and accelerated trends have also predominated among other key climate indicators, including an acceleration of rising sea levels, a continued decline in the Arctic sea-ice extent, an abrupt decrease in Antarctic sea ice, continued ice mass loss in the glaciers and the Greenland and Antarctic ice sheets, and the clear downward trend in the northern hemisphere spring snow cover.

More heat is being trapped in the ocean. The year 2019 had the largest ocean heat content values on record measured over the upper 700 meters. Higher sea-surface temperatures endangered marine life and ecosystems.

Heatwaves were the deadliest meteorological hazard in the 2015–2019 period, affecting all continents and resulting in new temperature records in many countries accompanied by unprecedented wildfires that occurred in particular in Europe, North America, Australia, the Amazon rainforest, and the Arctic regions.

Based on World Health Organization data and analysis, the overall risk of heat-related illness or death has climbed steadily since 1980, with around 30% of the world’s population now living in climatic conditions that deliver potentially deadly temperatures at least 20 days a year.

Heavy rain and associated floods create favourable conditions for various sorts of epidemic outbreaks. In cholera-endemic countries, an estimated 1.3 billion people are at risk, while in Africa alone about 40 million people live in cholera “hotspots”.

Climate-related risks associated with climate variability and change exacerbated food insecurity in many places, in particular Africa, due to the impact of drought, which increased the overall risk of climate-related illness or death.

During 2015.2019, tropical cyclones were associated with the largest economic losses. The costliest hazard event was Hurricane Harvey in 2017, which led to an estimated economic loss of more than US$ 125 billion.

The International Monetary Fund found that for a median-and low-income developing country, with an annual average temperature of 25 °C, the effect of a 1 °C increase in temperature leads to a growth decrease of 1.2%. Countries whose economies are projected to be significantly adversely affected by an increase in temperature produced only about 20% of global GDP in 2016; however, they are currently home to nearly 60% of the global population and are projected to be home to more than 75% by the end of the century.

All the WMO resources for Earth Day 2020 are available here 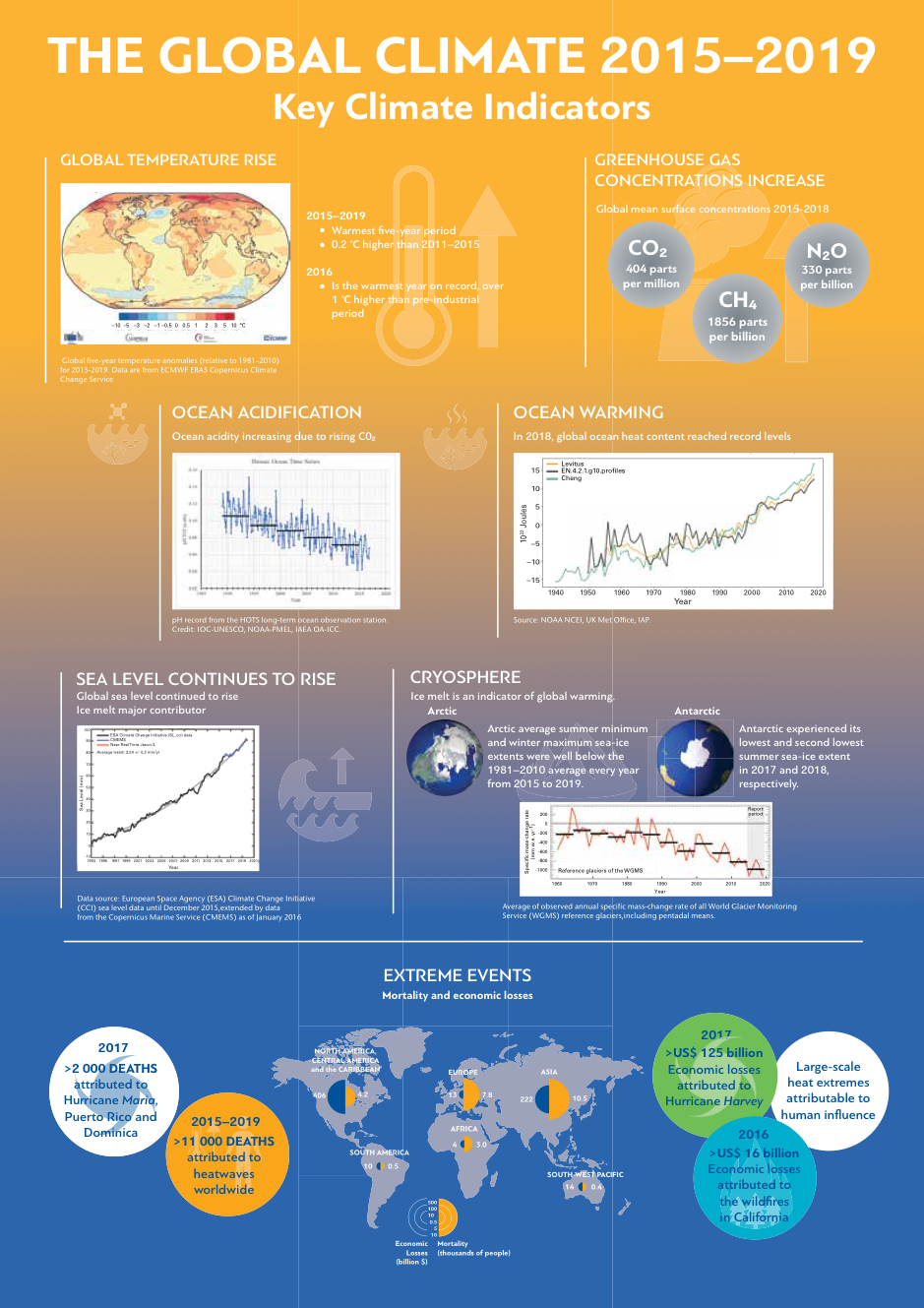 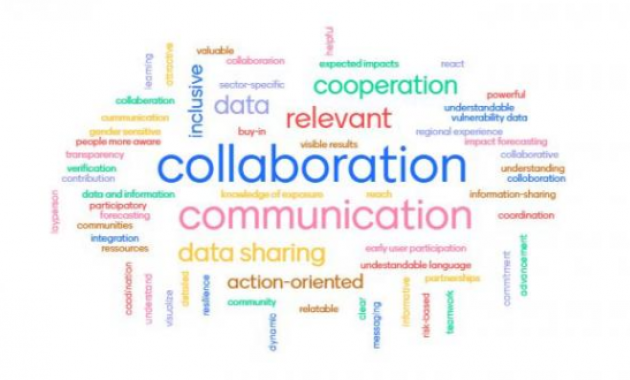 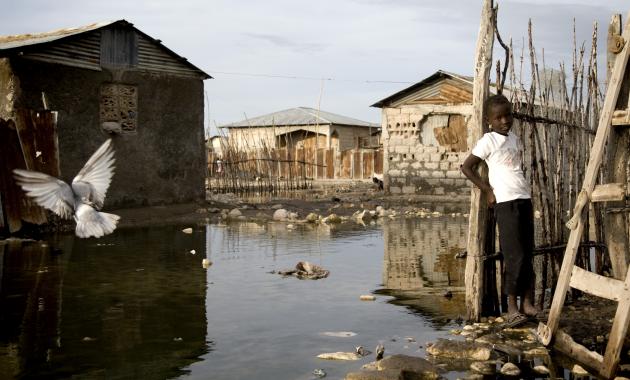 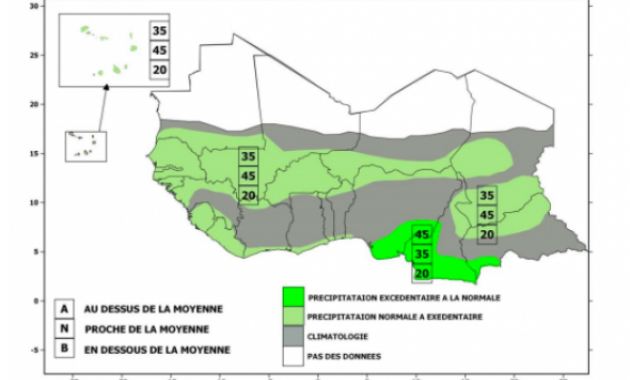 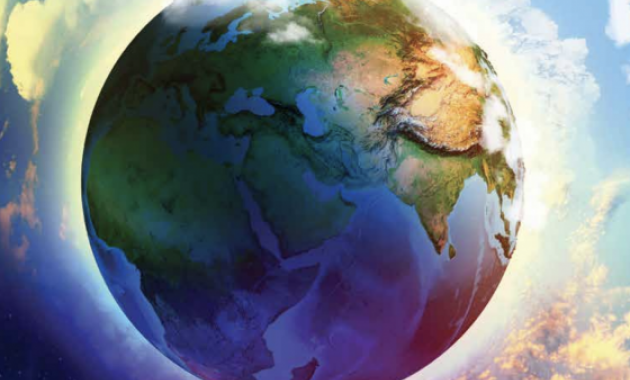 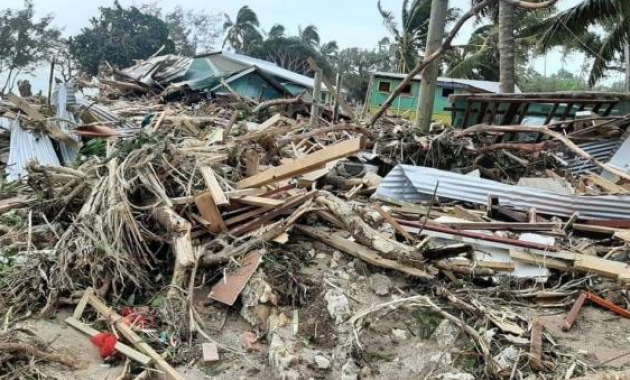 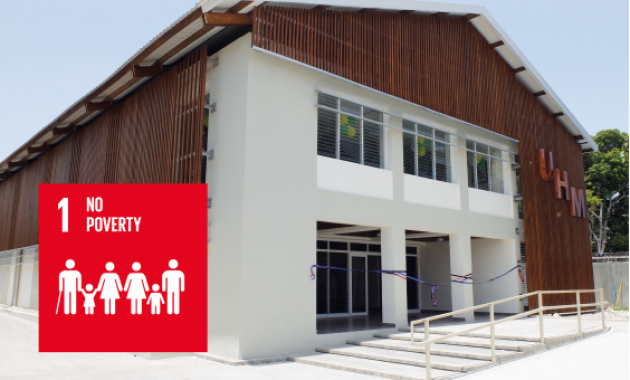 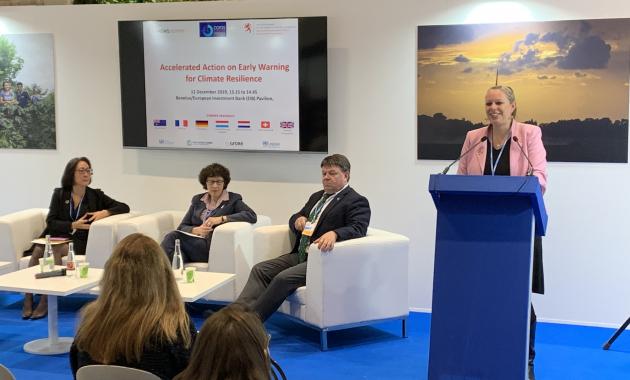 Mami Mizutori talks about the CREWS Initiative at COP25