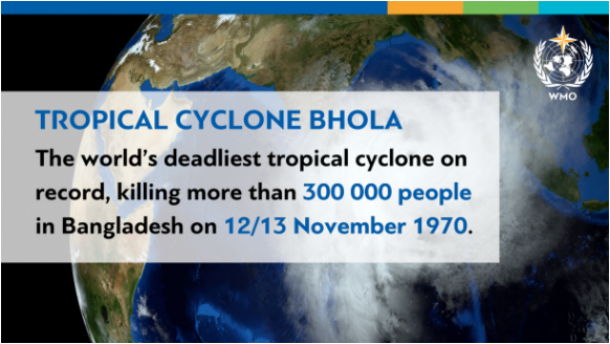 It is the 50th anniversary of Cyclone Bhola, the world’s deadliest known tropical cyclone which killed up to 500 000 people in what is now Bangladesh. It prompted calls for action to prevent a repeat of such a catastrophic loss of life and ultimately laid the foundations of WMO’s Tropical Cyclone Programme.

Cyclone Bhola, which grew from a depression in the south central Bay of Bengal, hit what was then East Pakistan on 12-13 November 1970. It caused an estimated 300,000 to 500,000 fatalities, mostly the result of a large storm surge overwhelming the low-lying islands and tidal flats along the shores of the Bay of Bengal.  WMO’s World Weather and Climate Extremes Archive declared Bhola as the world’s deadliest tropical cyclone.

The tragedy led to a number of United Nations resolutions and for calls “to find ways and means to mitigate the harmful effects of tropical cyclones”. Bangladesh, with its dense population and extensive low-lying coastal plains, became an international champion for disaster risk reduction and resilience.

Tropical cyclones are one of the biggest threats to life and property even in the formative stages of their development. They include a number of different hazards that can individually cause significant impacts on life and property, such as storm surge, flooding, extreme winds, tornadoes and lighting. Combined, these hazards interact with one another and substantially increase the potential for loss of life and material damage.

Over the past 50 years since Bhola, 1 942 disasters have been attributed to tropical cyclones, which killed 779 324 people and caused US$ 1 407.6 billion in economic losses – an average of 43 deaths and US$ 78 million in damages every day.

However, the loss of life would have been far greater without the WMO Tropical Cyclone Programme, which is marking its 40th anniversary this year.

The WMO Tropical Cyclone Project was initiated by WMO’s Sixth Congress in 1971 in response to Resolution 2733 (XXV) of the United Nations General Assembly to mitigate the harmful effects of tropical cyclones brought about by the disastrous 1970 Bangladesh storm.

At the time, together with the UN Economic and Social Commission for Asia and the Pacific, WMO was already co-sponsoring and providing support for the work of two inter- governmental regional organizations, the Typhoon Committee and the Panel on Tropical Cyclones.

In 1979, WMO's Eighth Congress decided to upgrade and widen the scope of the TCP project to become the WMO's Tropical Cyclone Programme in 1980.

The unique global coordination and cooperation under the umbrella of WMO has led to dramatic advances in the accuracy of tropical cyclone forecasts and warnings. This has saved many thousands of lives over the years.

But more needs to be done. Climate change, sea level rise, population and urban growth is increasing vulnerability and exposure to tropical cyclones. To respond to the challenges, WMO is working on impact-based forecasts of what the weather will DO rather than just what it will BE.

We need to ensure that early warnings reach the vulnerable who most need them and thus ensure that death tolls which run into hundreds of thousands, like from Bhola, are confined to history. 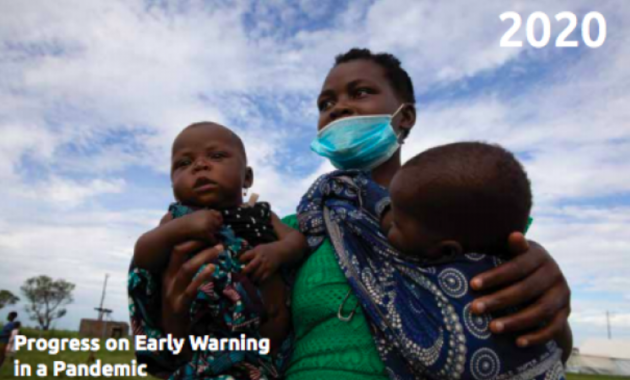 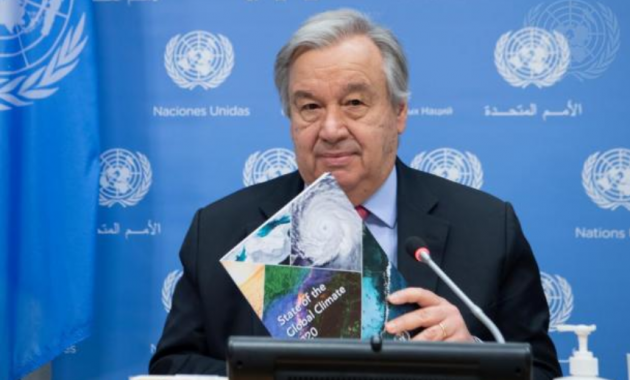 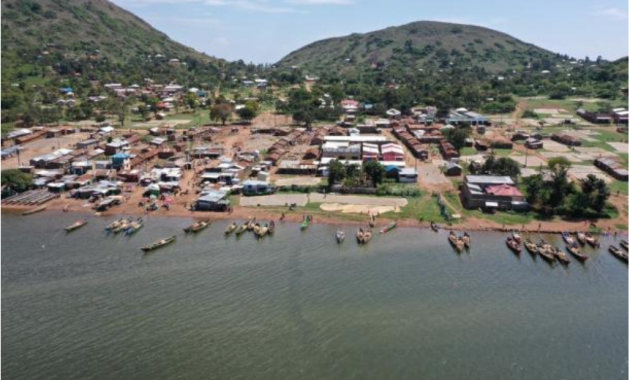 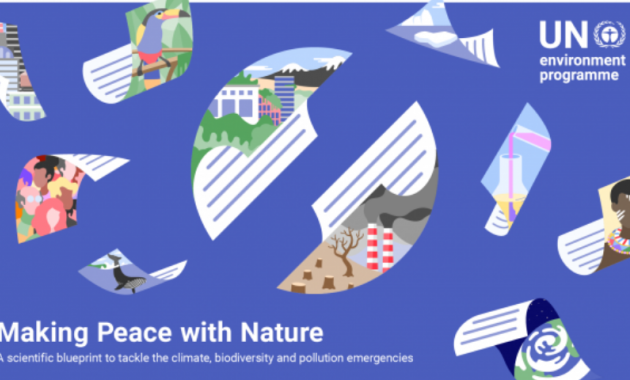 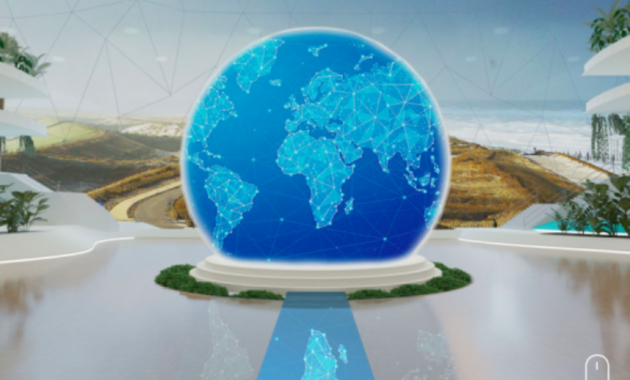 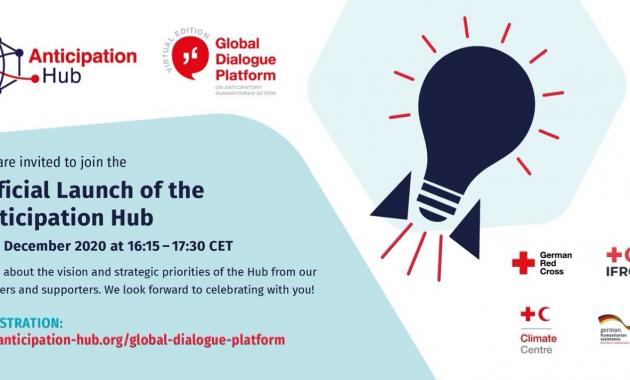